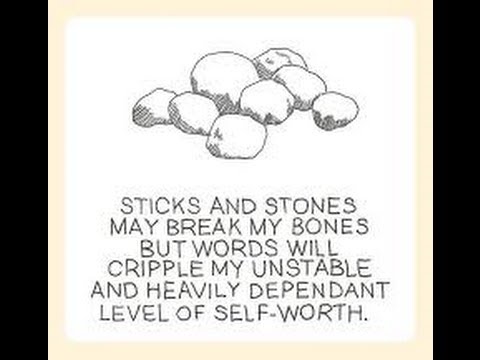 I’m learning about Childhood Emotional Neglect. This is when a parent doesn’t encourage their child’s emotional development. Most of the time it is not something that is done by design (I’m sure there may be cases where a parent deliberately inflicts emotional damage but that is something entirely different and the parent is the one who needs help as much as the child). This is something that gets passed through the generations. A child who is not emotionally aware will become a parent who is not emotionally aware and the same fate will be inflicted on each subsequent generation until one person tries to get help and begins to explore their emotions.

I always felt loved but I also always felt something missing and craved love. Which confused me and made me feel ungrateful and needy. I still need constant approval and affirmation from others. I still think the end of the world has arrived if I make a mistake. I get stuck with the belief that I can’t do anything. And if I am praised for something I am disheartened because I believe that next time I’ll let everyone down. So I don’t like being complimented and I also don’t like being criticised.

Mine is a world where two opposing ideas live side by side on a daily basis.

I got physical affection from my parents and all my needs were catered for. What was lacking was my WANTS. To some this may sound a bit greedy, but I assure you it’s not. Ambition is driven by wants. Achieving your ambitions can create a healthier, safer world for your family. But ambition dies if you are constantly told as a child that you can’t do something, or that people like us don’t do that sort of thing. Encouragement to follow your dreams costs nothing. There is no harm in trying but failing. Failing is an essential part of the learning process. It teaches us about ourselves, it shows us what skills we already have and what skills can be improved on. It also shows us which skills we will never master.

My wants were denied. Not all the time but often enough for me to learn that wanting is a luxury. I can remember being told “no you don’t” when I wanted something. So that particular want became a huge yearning. A better response would have been to acknowledge my wish but explain that it’s not possible because….. I think this is the reason why I didn’t like writing to Father Christmas. I think I was scared to write anything because I never knew whether or not I’d be allowed to have it. If I didn’t want anything I couldn’t be disappointed when it didn’t arrive.

The power of words. They can be used in such a positive way but my childhood was filled with negativity. I was told that I would never be able to live on my own. So I stayed with my parents till I was 30. The self-reliance skills were neglected. Everything was done for me – my mother bathed me till I was about 10. She decided on my hair style. I wanted long hair but got short and when I did grow it she was always commenting on how long it was in a tone of voice that signalled disapproval. Now it’s practically down to my waist and I can’t decide if it’s because I like it this way or if this is an act of silent rebellion.

It’s also the subtleties and nuances that go with the words that have damaged me. The unspoken disappointment causing confusion because the words, tone of voice, expressions and behaviour of my parents all said something different. One simple sentence could have a wealth of meaning.

Humans are instinctive creatures. We are born with a set of values which will guide us through life. But these instincts need to be valued, cared for and developed. The strange feeling that something isn’t quite right is in all of us. But some of us haven’t been encouraged to listen to this and use it correctly. I know this from experience.

Emotional development is as important to a child as physical development. With the right emotional grounding a child will have the tools required to be a parent, they will know about social etiquette and how to treat others. They will have a sense of self and will be able to make informed decisions.

There are a number of reasons a person can suffer from mental illness. Usually it is a mixture of genetics, predisposition, upbringing, life experiences, trauma, health, environment, I’m sure there are more. My belief is that a better understanding of our emotions will help to ensure that children of the future are better equipped for negotiating life. My vision is that depression is one of the diseases that will be consigned to history just as Smallpox has been.

Related Blogs: BPD and Me

Talking and Me and BPD

*TW: references to self-harm and suicidal ideation.* Another mental health day, another influx of social media posts saying ‘it’s good to talk’, ‘it’s ok to talk’, ‘let’s get talking’ about mental health. Obviously this is excellent. But what about when talking about your mental health involves things that are unpleasant, scary or downright upsetting? Is […]

What is the Evidence that You Are Plural?

A Review of “Many Minds, One Self” By Schwartz and Falconer I have an image of being a practical, no-nonsense kind of therapist to uphold. A certain sort of underserved clientele flock to me because they think the mental health world is glutted with flakiness. Should I really be telling them that they are inhabited […]

Irvin Yalom’s Relief from Despair If your anxiety and depression has made you turn on everyone and everything, if the closest you get to other people is in the commission of your sexual addiction, if you’re so spiteful, grouchy, and malevolent that even your own mother can’t stand the sight of you, if you’re any […]

Videos about the NHS